‘Love Letters’ is a Petal + Sass blog feature that regularly asks a group of diverse women in their 20’s and 30’s about their experiences with health, sex, emotional wellness, body image, college, careers – and what they wish they had known themselves as teenagers. Visit the ‘Love Letters’ To My Former Self page to learn more about the contributors.

Question posed: What “cliques” existed when you were in high school? Did you belong to one (whether you wanted to be in it or not?) What advice would you give to teens about “popularity” (or conversely, unpopularity) in high school?

Miss Peony: We had all the traditional cliques you would expect in a high school: theater nerds, jocks (broken down by sport and gender), the smart ones, the goodie goodies, the druggies, the jokesters/hipsters, and the super rich girls.

Whether or not I was part of any clique… that’s a tough one. I was the kind of person that had at least one friend in every group, and so I never really felt like I belonged anywhere. Each friend would try to weave me into the groups, but I just never meshed. I don’t know how else to say it. I guess ultimately, I would say my “primary” group was the druggies, even though I didn’t do drugs. I’m not really sure why.

The only group I wasn’t friends with was the rich girls. They were actually super mean to me. They would call me names but pretend they were joking, so I would have to laugh along. I remember feeling really powerless around them.

This whole messy thing is complicated by the fact that I had an emotionally abusive long-term boyfriend for three of high school. He often turned my friends against me by confiding “his side of things” in them, or even in some cases by sleeping with them. He also used to tell me if I really loved him, I would cut specific people out of my life. In an attempt to prove my devotion to him, I ended a lot of friendships. By my senior year, I had no close friends.

I’ve always kind of envied people like my brother, who made a group of friends in elementary school and hung out with them consistently for 12 years. I just did not have that. To this day, I don’t have any friends from high school. When I lived in New York City, I would try to meet up with some of them, but still there was always this level of disconnect. At this point, I’m just going to accept that and move forward with the very deep and sustaining friendships I’ve made in my adult life.

So, um…  advice? I don’t know. I wish I had spent less time trying to create friendships with people I ultimately would never connect with. Is that weird advice? Well, it would have saved me a lot of emotional distress, and definitely would have had a better payoff. All the hours I invested in people I didn’t really like could have been spent on learning new stuff or getting better grades. I try to remember that lesson in my adult life. I have this group of friends I just don’t connect with, yet I still go out when they invite me. At this point, I’m kind of like, if I’m not enjoying spending time with these people, why go? 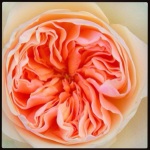 Miss Rosebud: There are always cliques anywhere you go in life. We are exclusionary pack animals. In high school, I had friends from different groups, but I suppose you could say I was part of the “faux artsy but intellectual” group. I had a nasty habit of ditching people once I got irritated with them, though, which I did first sophomore year, and again senior year. I still have a few friends from high school, but unfortunately none of the people from the cliques I drifted between!

My advice about popularity is that it seems so important in high school, but then you graduate, and none of the popular kids are the ones whose lives you want later on in life. At least coming from a public school, it seemed that the popular kids didn’t seem to be the ones to go on to good colleges, have great careers and live in exciting cities. Frankly, the “nerdy” ones seem better off now that we’re in our 30s.

Miss Bluebells: I never thought about myself as being in a “clique,” and I wonder how many high schoolers actually do. I think a lot of people assume they have “lots of different friends.” From the outside, though, I’m sure my peers would have assigned me to a clique. I think the girls I hung out with were mostly considered to be “popular,” even if I didn’t necessarily feel I fit that mold myself. I had a lot of friends, but more importantly, I had a few very close friends, and I valued spending one-on-one time with each of them as opposed to congregating as a group.

I think the older popular kids were much more intimidating than anyone in my own grade. They always set the tone for bullying, which would trickle down. Popular kids in my high school were comprised of anyone who was either rich, stylish and attractive, or bold. I say “bold” because risky behavior, edgy humor, and a defiance for authority usually gained the respect of the rich and attractive. The “bold” didn’t have to be particularly rich or attractive (they were almost always male, however.)

If I could give advice to teens about “popularity,” I’d say that it’s important to consider that even though everyone may seem to “belong” to a group, most teens don’t ever think they actually “belong.” I think everyone has insecurities, especially as teens, and even those who are considered to be popular most likely view themselves as an “imposter,” or feel like they are often “on the outside looking in.” Maybe viewing people in this light will help break down barriers or open you up to conversations with the people you usually don’t interact with much, regardless of what social circle they seem to be in. People are people. And gym class is the great equalizer. Everyone is awkward in shorts.

Bottom line: Focus on yourself, enjoy the people you like to hang out with, and don’t worry about the status of anyone – because honestly, it means nothing after high school. In fact, it seems to be the interesting, quirky independent kids in high school that go on to find more success. And “real” life is a lot longer than 4 years of high school.

Miss Lilac: At my high school there were a bunch of different types of cliques, which was kind of nice because I think that everyone had one with which they associated or at least could call home for the period of whichever identity they were trying on that month. There were students who played magic cards in the day student locker room. Perhaps the most telling spot in which the filtration of cliques happened was the dining hall, which had 4 different sectors and each had a particular clique aesthetic: cool kids, jocks, theater folks/artsy people/literary jocks, faculty and kiss ups. I bounced across the different ones, which is the best of times and the worst of times. As a result, I have an extended group of good buds from high school who have gone on to do super interesting stuff. However, I also kind of felt like I was on the outer most ring of inner circles. I wasn’t always invited to stuff and wasn’t always in the know, but I also got to avoid some of the internal drama. So some good and and some bad across the board. I don’t think that I would change anything, but that feeling of ‘being on the outskirts’ has followed me through life.

The good news is, you get to meet your real people after high school (or at least figure out who your real people are). Through college and beyond, you weed out the folks who you were associated with through those cliques more than through any real common connection and/or interests. This is different for everyone, obviously, but my people, my collective lobsters, came around 1. during college orientation, 2. playing sports in college, 3. when I joined a random kickball team with a home friend and his crazy friends from college when we all lived in New York, 4. graduate school, 5. when I joined a weird running group when I moved to a new city, 6. when i borderline stalked a chick in my present city who had some common friends from examples 1-5. Making friends gets harder, for sure, but the relationships tend to be more meaningful. High school may feel like the most difficult time to navigate cliques and friendships and that lust for popularity, and in some ways it is/was, but you will survive and the good will stick and you can opt to unsubscribe from the bad.